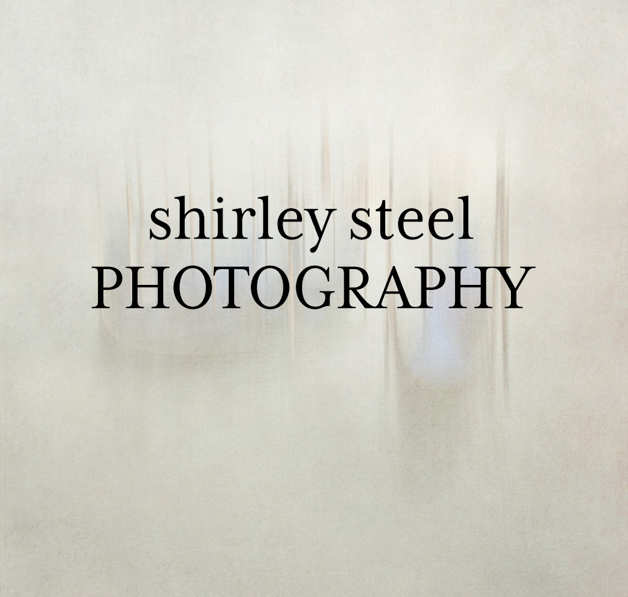 The Last of the Leaves

This post almost writes itself every year. I get excited as the first colours appear in other people’s posts, I start thinking about what I am going to shoot and where I will go and then …. who knew 3 or 4 weeks can fly by so fast.

Autumn colours (Fall colours in other parts of the world) don’t all appear at once. Here in the Blue Mountains, to the west of Sydney, the Upper Blue Mountains villages are the first to get their autumn gear on. It’s the beginning of the hint of cool weather after what is usually for us in Australia, a blazing summer. The lower mountains around Glenbrook on the other hand, colour much later.

Our Upper Blue Mountains villages of Blackheath, Mt Victoria, Katoomba, Leura and Wentworth Falls are spectacular in the streets and gardens in both spring and autumn. Our natural vistas that are even more stunning all year round are our escarpments, cliff faces and waterfalls. However the trees of our land are not really deciduous. Tasmania has one that loses its foliage in Autumn – the deciduous beech (Nothofagus gunnii). The northern part of Australia has a couple but they don’t colour like our autumn foliage and they shed their leaves prior to the wet season.

The image below was taken in Mount Wilson at the old church. It was earlier in the season when the trees were full. I shot this one as a multiple exposure taking the church and graveyard first and overlaying it with a more abundance of leaves.

So for us locals a bit of bright Autumn colour stands out so much from our green and brown landscape. But back to my photography and how I don’t get into gear until late in the season. 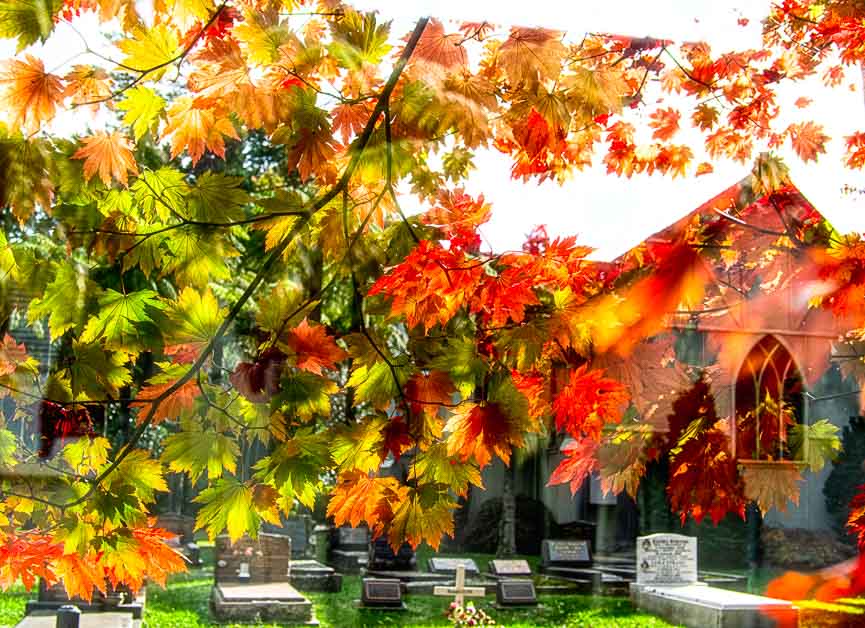 When I finally focus on Autumn, it really is an opportunity to shoot the last of the leaves. I love these compositions where the colours have thinned out amongst the branches and rather than a full on colourscape there is a more delicate scene.

I shoot a few straight images, I even try a macro. When I use one of the lens babies or a vintage lens I can create something a bit more to my liking. The image below is one such leaf, hanging by itself with the gentle light in the background. Just a little edit in Lightroom and perhaps Nik Color and I have something I like and an image that prints beautifully for one of my cards. 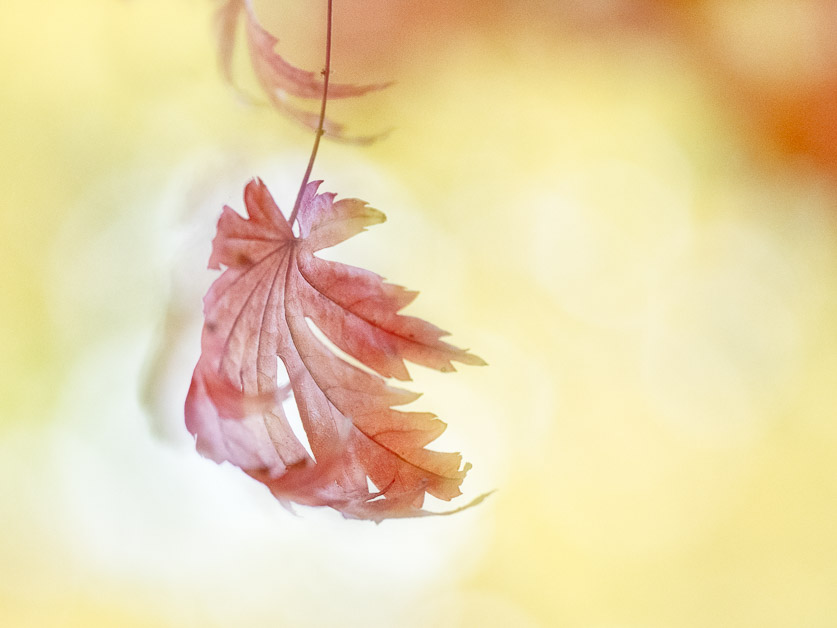 The next image is taken using the Velvet 56 and again it was late in the season. I used a Multiple Exposure technique here too so I could make a more create image than if I had just made the one shot. 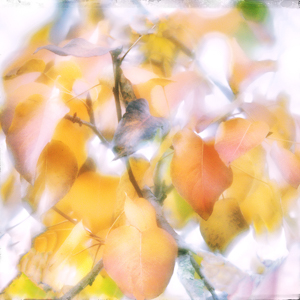 I enjoy still life photography and often set up a corner of the room with a few bits and pieces. I find it really helps me think about composition. It slows me down just like using a tripod. When you slow down you can be more considered in what you take. Tripods are great for that. Even if you don’t need them for stability, it can be a good exercise in itself. Set yourself up somewhere and be aware of what you are actually doing. You will find that it inevitably makes you slower and more conscious of what you are shooting. Without even thinking too much you will notice your framing, the light, where the shadows fall etc. It’s a really good exercise in improving what you shoot.

This still life was made a few years ago. I had collected some fruit from a road stall and had some old bits and pieces in the cupboard that displayed nicely. This is just one composition from that day. I have used a heavy texture in Photoshop. I probably wouldn’t do that now but at the time it was style of editing. 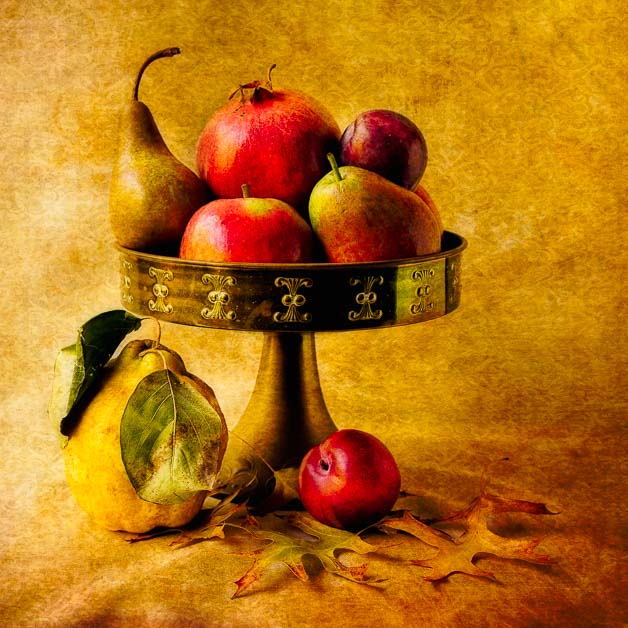 Mono or black and white isn’t always the first choice when we are making colourful images but it is worth a look occasionally. The image below is a black and white conversion of the earlier shot of the church yard at Mount Wilson. I edited this in Nik Silver Efex and I have used one of the blue toned presets. 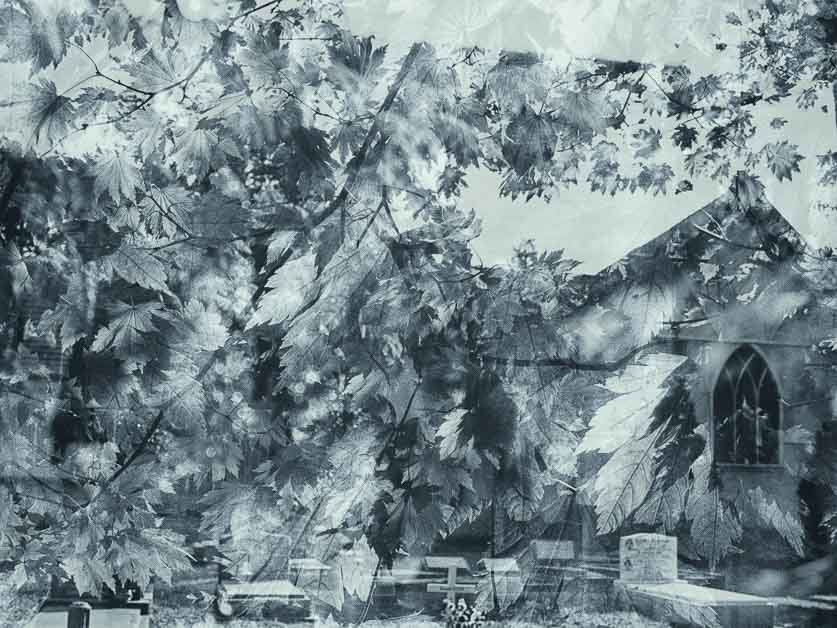 And now … just because. Here are another couple of images. 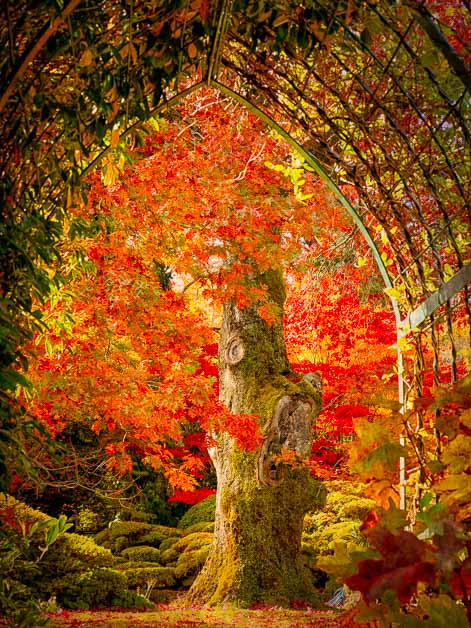 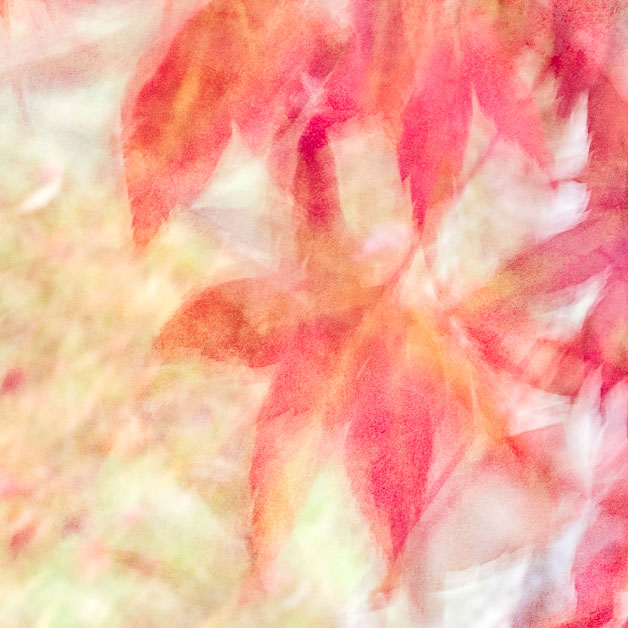 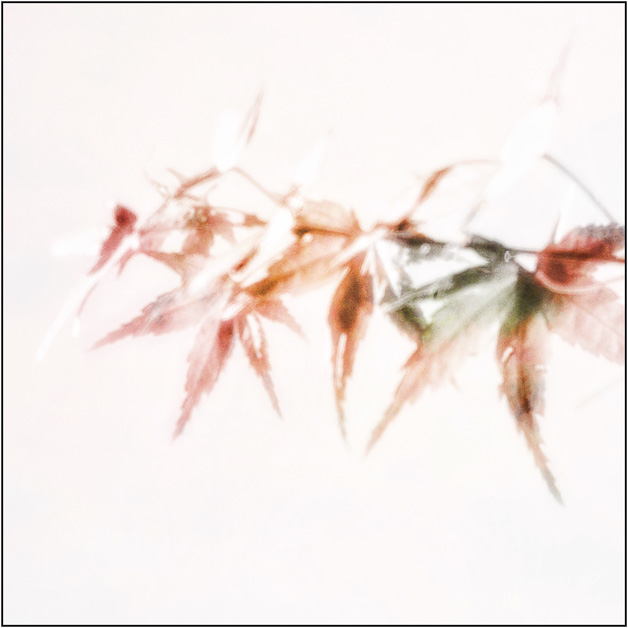